Last Thursday I watched Wolfgang Viechtbauer’s stream on Twitch. Wolfgang spoke about linear regression. (If you’re interested in the results: Wolfgang lists the R-code he wrote during the stream at https://www.wvbauer.com/doku.php/live_streams.)

During the stream we had an example with one categorical and one numeric predictor and we built a model with interaction between these two predictors. So the result is a straight line for each value of the categorival group.

The question was if it makes a difference if you build a simple linear model for each group.

So let’s look at it.

So we get three clouds of points. Each cloud follows its own line. 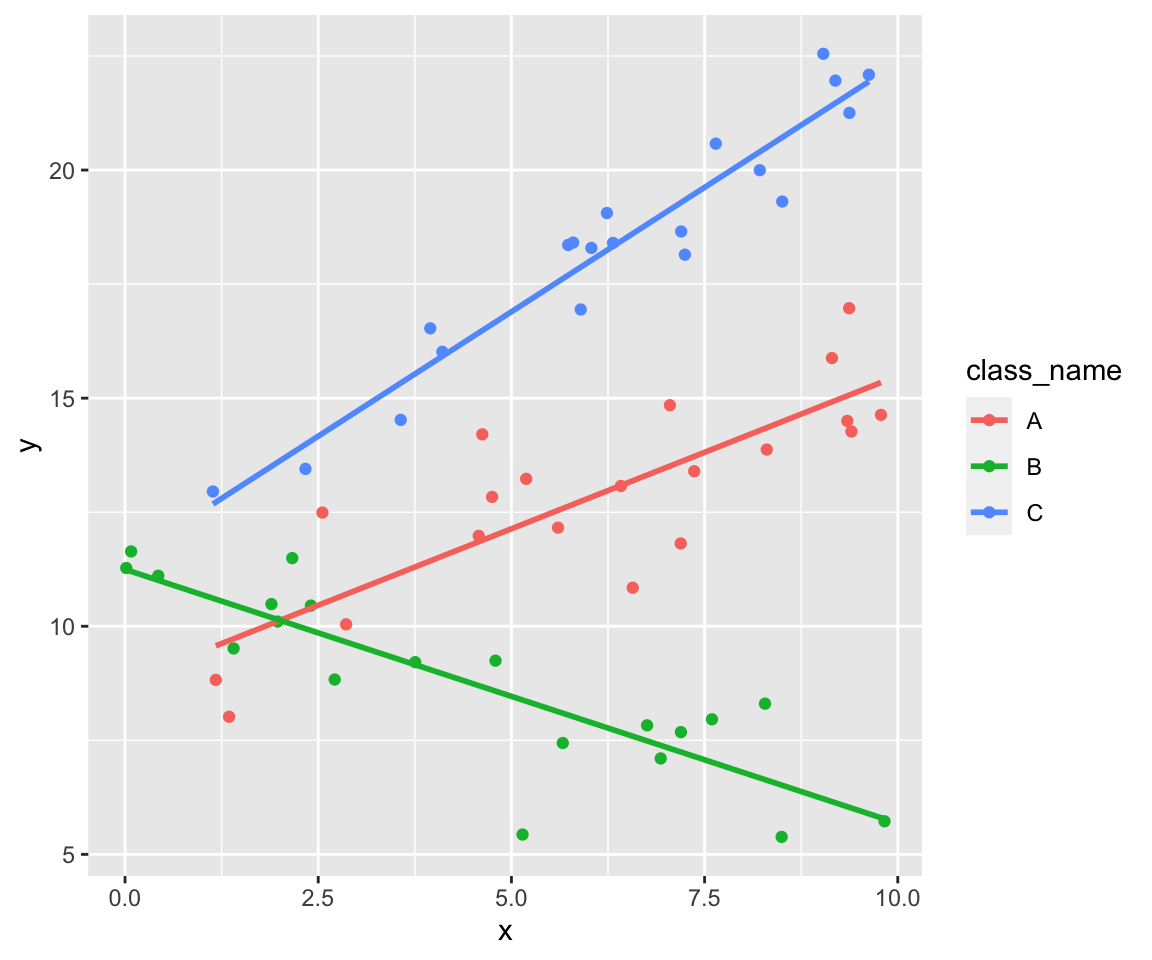 We’re building the model without an intercept by using 0 + as start of the formula so we get the intercept for each group directly (without building the sum of the reference group and the other groups.)

Now build a linear model for each group.

“What’s the reason?” I was asking myself.

So I began to look at a simpler example: 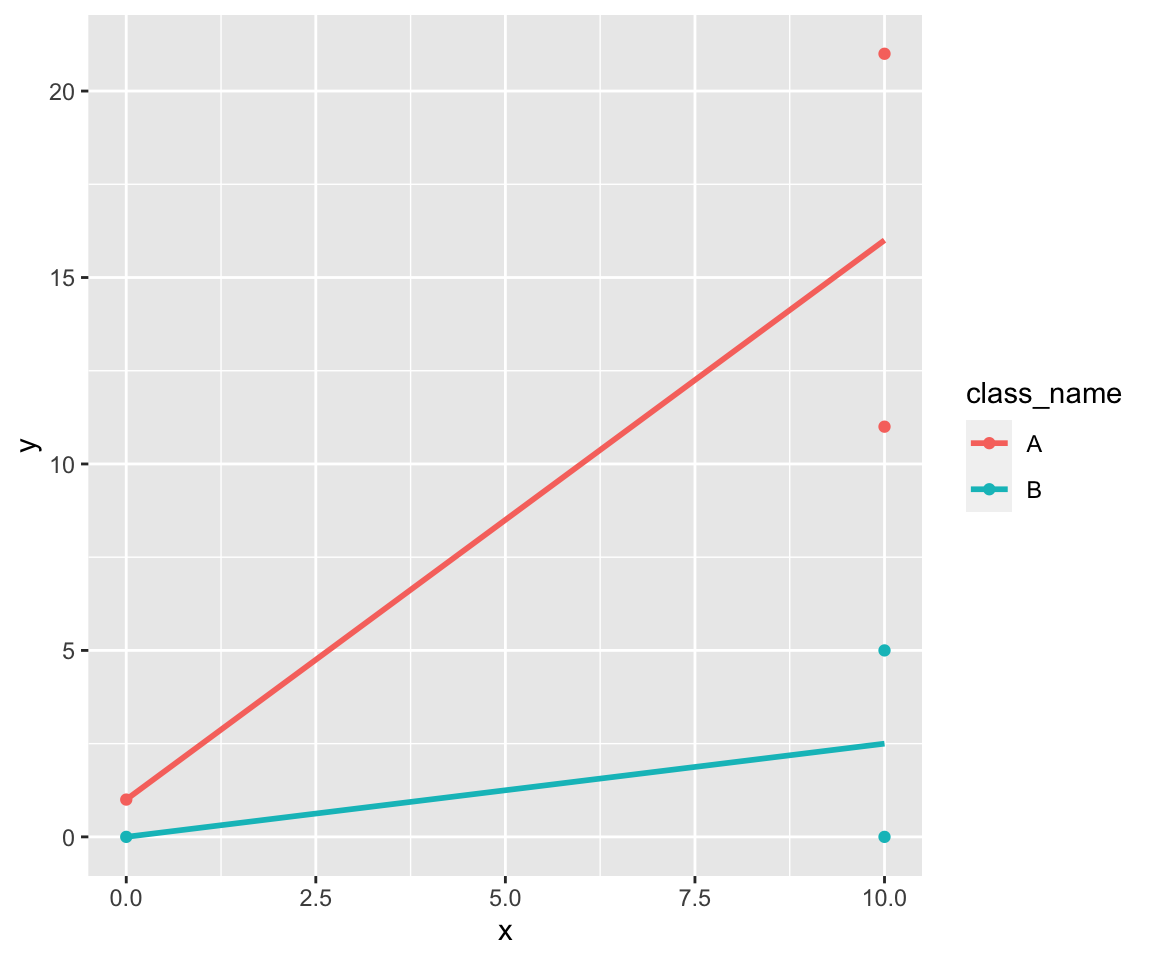 So we’ve only two groups. The linear model is simple:

But how can we compute the linear model step by step?

Now we can write our model as:

So let’s compute it: (solve computes the inverse of a matrix)

Standard Errors of the coefficients

Now we’re looking at the standard errors of the coefficients:

We can compute them by

So the standard errors of the coefficients are the main diagonal of this matrix:

These are the same as computed by lm:

As you can see the covariance matrix isn’t diagnal. Points from “the other group” also effect the standard error.

For completeness let’s check the manual way for one single model here:

For more information about multilinear regression look at